Limited offer: Get 20% off on all our plugins, themes and memberships. Use coupon: BLACKFRIDAY2022

Like BuddyPress Friends suggest widget, this plugin allows users to hide the suggestions they don't want to see in the future. 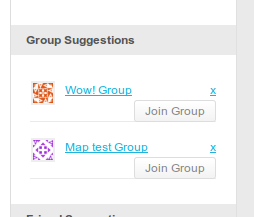 Widget in the Available Widget section:-

Special thanks goes to @Gwu for the idea.

This is a free plugin. Get priority support for this plugin.